This is the best way to save your precious ERP project 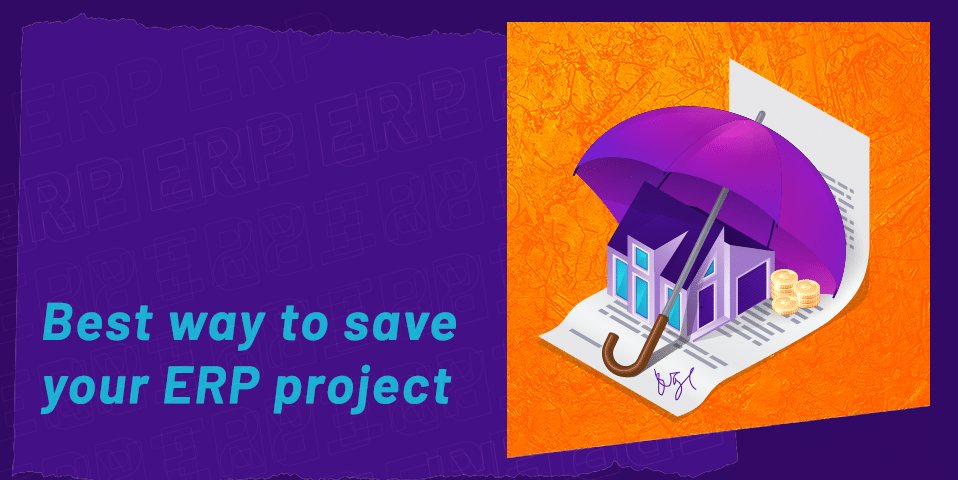 By Gerrit Olivier, founder and CEO of About IT

Companies implementing ERP systems are gearing for growth, responding to it, or both. They’re spending a lot of money in the process. These systems cost anywhere from R1 million to R10 million or more for small to medium businesses, or about $1 000 a month, as a very rough estimate, for small businesses using advanced, modern cloud ERP. These companies are obviously becoming quite serious about their business, which is why, to the casual observer, it may appear curious that the same companies often sabotage their own effort and end up wasting a lot of that money.

Think about it. ERP applications provide a number of benefits. They unify business systems that makes employees more efficient, saving time and money in daily operations, training and support costs. Centralised data or single versions of the truth save more time and money, particularly in the context of supply chain management or customer interactions such as marketing, invoicing, sales, deliveries and follow-ups.

Employees get quick, accurate reports in dashboards they can often assemble themselves, which releases expensive IT resources to do other, more important, work. And there are all the operational processes that benefit from ERP’s process automation capabilities.

But it all hinges on clean, accurate and reliable data – the one thing so many of these implementations fails to supply.

Some companies have too much data to cope. They have 2 000 debtors and they just don’t see the value in ensuring that everyone’s physical address is accurate or that all the telephone numbers are in the same field and properly allocated.

Fixing it is seen as a laborious, monotonous and mundane task. You find senior people handing the job down to more junior employees who aren’t equipped to do the job properly. They aren’t invested in the success of the project. Or they’re often overloaded with other work and cannot spare the time to be accurate. Perhaps their bosses prioritise speed instead of accuracy. Most likely they aren’t trained about the importance of data. Maybe they don’t have the right software tools. Very often they don’t have a resource to double-check their work to improve accuracy. They seldom know how to profile the data. Nobody works out a best practice process for them to follow that considers all the important aspects for the company and they are left to figure it out on their own.

Extraction, transformation and loading (ETL) tools work well at getting data out of old databases, massaging it to ensure accuracy, consistency and cleanliness. But the tools are expensive for many data projects that can be done quite happily using a spreadsheet tool and the right calibre employee. Someone who can write formulas can ensure that postal codes, telephone numbers, prefixes, suffixes, uppercases, lowercases and addresses are correctly entered and placed. You don’t need to spend a fortune on a high quality ETL tool, the full features of which you will barely touch for the vast majority of your needs.

Getting the data right is important, but few people want to commit the resources upfront to make it so. They’re so focused on the benefits of ERP, they just want to automate tasks and processes and scale up their ability to conduct business, that they brush it aside. It’s an inconvenient truth. But the moment the project’s done and they want to start automating marketing or the supply chain, they have a heart attack. Nothing works right. The whole project looks like a waste. That’s a lot of time, money and effort to look back on and think: “Was it all a big mistake?”

It’s never too late to fix the data and get it right. But when it’s already in your operational system it becomes exponentially tougher because you’re using the data and creating more. But now that you have an ERP system, you’re much more efficient at making new data, so there’s a lot more of it to deal with. The right time to sort it out is before you bring it into the new system. It’s the most cost-effective use of your resources even though it seems like a massive headache at the time